Memphis saxophone great Herman Green’s history was filled with iconic names and historic associations from Rufus Thomas to B.B. King, Lionel Hampton to John Coltrane. A longtime local fixture with jazz/improv groups Green Machine and FreeWorld, Green was a vital presence in the Memphis music world and beyond, dating back to the 1940s.

Green died Thursday at his home at the age of 90.

A living link to Memphis’ rich musical history, Green had become a mentor for a generation of local musicians, many of whom mourned his passing.

Green’s longtime bandmate in FreeWorld, Richard Cushing, hailed him as “a truly amazing musician, caring patriarch to his family, mentor and teacher to many, and friend to everyone he met. A true treasure to all he touched with his deep musical knowledge and skill, his infectious laugh, and his zest for life and love,” noted Cushing. “The City of Memphis will never be the same without his energy in the mix.”

Beale Street veteran and Human Radio leader Ross Rice said there was “nobody more generous [than Green]. He taught us all on every gig and made me believe I was a pretty good musician, and that I was good enough to play with him, which meant good enough to play with anyone,” said Rice. “I loved him and I know he loved me back, because he made sure to tell me every time we hung. This man is a giant, a Memphis and Terran treasure, and a generation of musicians owe him a great debt.”

MUSIC NEWS:Grammy Awards 2021: Memphis and Mid-South musicians among those nominated

Born in Memphis in 1930, Green’s biological father, Herman Washington, had been a member of W.C. Handy’s band but was murdered when Green was just an infant. Green was raised by the Rev. Tigner Green in the Church of God in Christ, where he began playing for the congregation. Naturally gifted on piano and guitar, Green eventually moved to saxophone while playing in the marching band at Booker T. Washington High School.

While still a student at Booker T. Washington, Green got his professional start on Beale Street in the mid-’40s, playing in the house band for talent shows hosted by Rufus Thomas (Green would go on to play one some of Thomas early sides, recorded at Sam Phillips Memphis Recording Service and released on Chess Records)

It was Thomas who connected Green with an up-and-coming guitarist from Mississippi named B.B. King. Green would play and tour during King’s pivotal early years and maintain a close personal and working relationship with him over the decades.

Green’s jazz odyssey began when while on the road with the band backing with the Brown Skin Models revue. He arrived in New York City in 1950  in the midst of the golden age of bebop, a movement led by Charlie “Yardbird” Parker, Sonny Stitt, Coleman Hawkins, Ben Webster and others. ”It was one of the greatest times of my life,” Green would recall in a 1992 interview with The Commercial Appeal  ”That was a great time to be in that area — 52nd Street, Harlem, Birdland.”

The jazz scene in New York at the time featured a bevy of musicians like Green, who had cut their teeth playing in the competitive environs of Beale Street. Pianists Phineas Newborn and Harold Mabern, guitarist Calvin Newborn, trumpeter Booker Little, saxophonists Green, George Coleman and Frank Strozier, had all sharpened their skills working on Beale. Green would proudly note the quality of Memphis jazz was so high that in the early ’60s, Miles Davis, one of music’s toughest bandleaders, fronted a group with no fewer than three Bluff City expatriates: Mabern, Coleman and Strozier.

After a stint in the Army during the Korean War — during which he toured with a military show band — Green ended up in San Francisco where he led the band at the famed Blackhawk nightclub, a hub for the exploding West Coast jazz scene. There, Green also performed with the likes of Coltrane, Davis and Clark Terry.

For the better part of a decade, from  the late ’50s to the mid-’60s, Green made his name playing in Lionel Hampton’s orchestra. He recorded on a series of classic Hampton LPs during the era, including “Hamp’s Big Band, “The Many Sides of Hamp,” “Live at the Metropole Cafe, New York City” and “Jazz Man for All Seasons.”

Over the years Green would work as a sideman for non-jazz acts as well, returning to tour with his old friend B.B. King, as well as playing for R&B stars Lloyd Price and Jackie Wilson.

In the late ‘60s, Green returned to Memphis to care for his ailing mother. He soon found himself playing sessions in town, as the recording scene in Memphis had exploded during Green’s years away, with Stax — featuring a house band led by Green’s cousin, drummer Al Jackson Jr. — American Studio and Hi Records all hitting their peaks.

In 1987, Green joined forces with a group of Memphis State University music students, including bassist Richard Cushing and trumpeter Willie Waldman, to form FreeWorld. The jam/improv group would continue in various forms, usually with Green as the anchor, for the next 30-plus years.

In the ‘90s, Green would further explore the jam music world, playing dates with the popular Bob Weir/Rob Wasserman project Ratdog. Green also made appearances on notable albums like Jimmie Vaughan’s 2001 Grammy -nominated LP, “Do You Get the Blues?” That same year Green released his own much lauded solo effort, “Hernando Street Blues.”

Hailed for his years of musical service, Green was given an honorary doctorate by the Memphis College of Art, and was recognized for lifetime achievement by the W.C. Handy Heritage Awards. Green continued to play and perform regularly until 2018, when he was beset by health issues. This past spring friends, family and fellow musicians celebrated his 90th birthday with a socially distanced parade held in his honor. 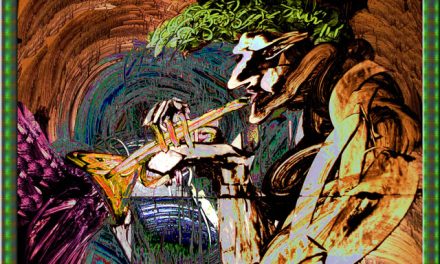 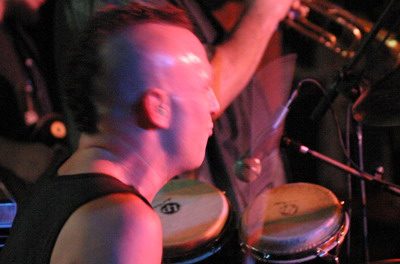